Dozens of volunteers joined SUEZ recycling and recovery UK for a clean-up of the Huddersfield Broad Canal on Sunday 20 October 2019.

SUEZ – which operates a materials recycling facility and energy-from-waste facility in Huddersfield – put the call out to local volunteers eager to help make the route along the Huddersfield Broad Canal cleaner.

Volunteers litter-picked the route along the canal and SUEZ organised for a small boat to go out on to the canal to pick up debris and litter from the banks. The clean-up was part of the global #SUEZ4Ocean campaign which aims to reduce the amount of litter and waste that ends up in the sea.

Mark Ryan, the Plant Manager of SUEZ’s energy-from-waste facility in Kirklees, said: “We are really glad that we’re able to give something back to the community. Over 80 kilograms of waste material was collected from along the Huddersfield Broad Canal – much of that waste could easily have ended up polluting our rivers, oceans and beaches.”

Waste material collected from the canal was taken to SUEZ’s recycling and recovery facilities in Huddersfield where it was either recycled or put to good use as a valuable resource at the energy-from-waste facility. 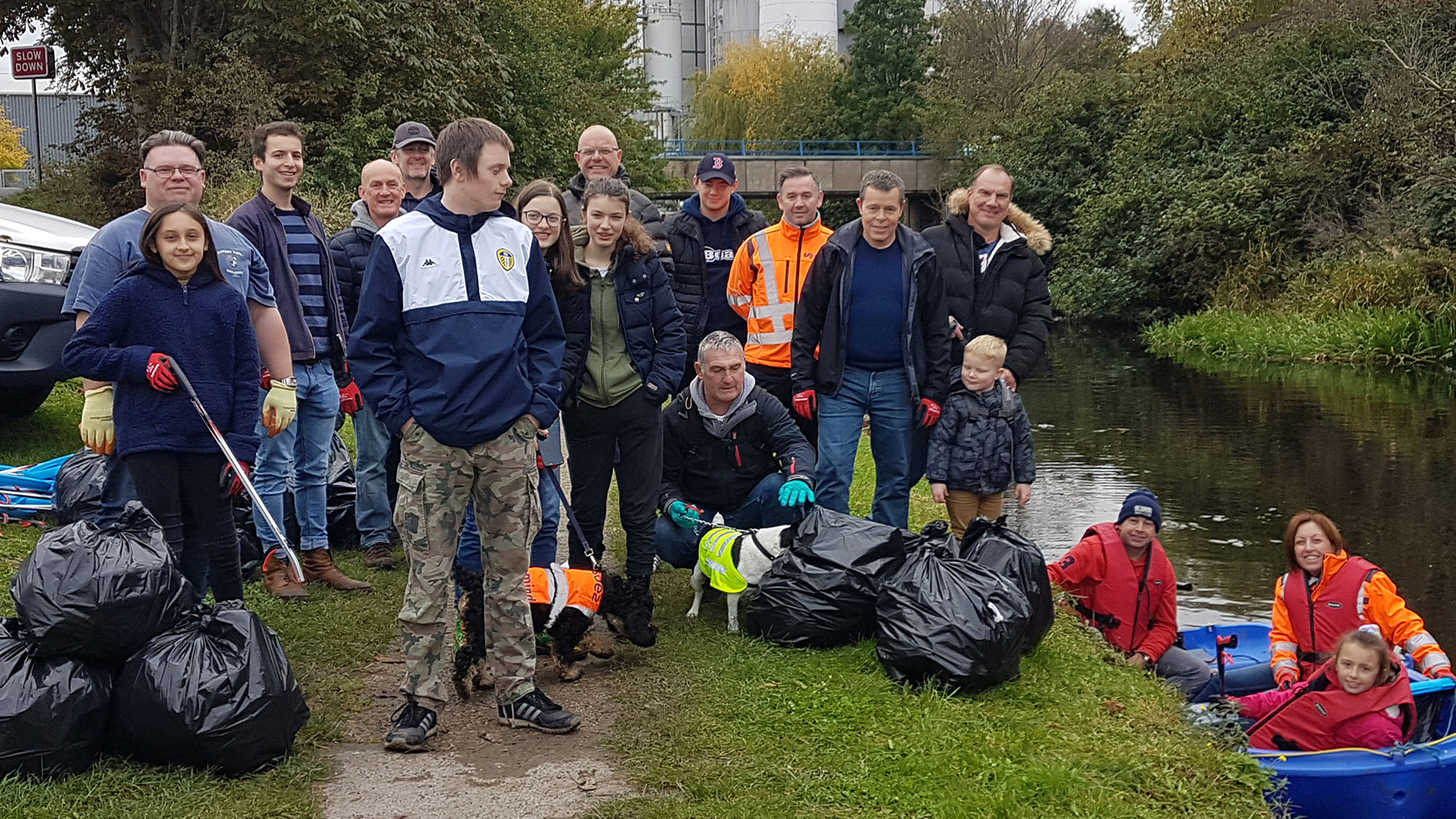 Volunteers at the canal