Representatives of SUEZ recycling and recovery UK, project investors and West London Waste Authority and its constituent boroughs, came together this week at the Severnside energy recovery centre in South Gloucestershire to celebrate its successful first year of full service operations as part of a 25 year Public Private Partnership contract.

Under the contract, over 1,000 tonnes of residual waste from the London boroughs of Brent, Ealing, Harrow, Hillingdon, Hounslow and Richmond-upon-Thames is transported daily by train from two rail-linked waste transfer stations in West London, located at Transport Avenue in Brentford and Victoria Road in Ruislip, to the SERC.

To mark the occasion, the partnership officially named a locomotive owned by DB Cargo, the company which operates the rail logistics service. The name Resourceful was chosen to reflect the purpose of the West London Waste Authority as leaders in treating waste as a valuable resource, and as a visual reminder that west London’s waste is now serving this purpose.

The Severnside energy recovery centre has a consented capacity to process 400,000 tonnes per annum of residual waste material, which it uses as fuel to generate electricity – exporting around 34 megawatts to the National Grid, which is enough electricity to power the equivalent of 50,000 homes.

The contract reached financial close in November 2013, just seven months after the preferred bidder announcement, and construction and commissioning of the Severnside energy recovery centre got underway soon after, with building work and commissioning taking three years. In addition to building the energy recovery centre and associated infrastructure, the contract has also seen investment in the two waste transfer stations in west London, which were modernised and enhanced with new food and bulky waste handling facilities. The full service has been in operation since December 2016.

After re-use, recycling and composting activities undertaken by the individual boroughs, this allows the West London Waste Authority to divert 96 per cent of residents remaining residual waste away from landfill.

Bassam Mahfouz, Chair of West London Waste Authority, said: “Six years ago we set out our ambition to divert almost all of our waste from landfill to create a new valuable energy source. Our new infrastructure at the transfer stations and the creation of Severnside energy recovery centre has been really positive for West London, making cost savings and increasing recycling at local borough level knowing that 96% of residual waste is being used to create renewable energy. Working with our constituent Boroughs of Brent, Ealing, Harrow, Hillingdon, Hounslow and Richmond-upon-Thames and our new partners West London Energy Recovery Limited and SUEZ recycling and recovery UK, we are continuing to find innovative ways to reach our ambitious target of 50% recycling by 2020.”

David Palmer-Jones, Chief Executive Officer for SUEZ recycling and recovery UK, said: “In the four years since the contract began, we have transformed the way west London’s residual waste is managed, diverting it from landfill and putting it to good use as a sustainable fuel to generate energy. This has been achieved through effective partnership working – between us, West London Waste Authority, the boroughs that make up the waste authority, their collection crews, our team here at Severnside and our teams at the West London transfer stations.”

Graeme Murray, Account Manager for DB Cargo Rail (UK) said: “DB Cargo is delighted to be working with SUEZ recycling and recovery UK to deliver a sustainable and environmentally friendly solution to move residual waste from West London to the energy recovery centre at Severnside. The use of rail freight allows for large volumes of material to be moved while improving the environmental impact of managing residual waste.” 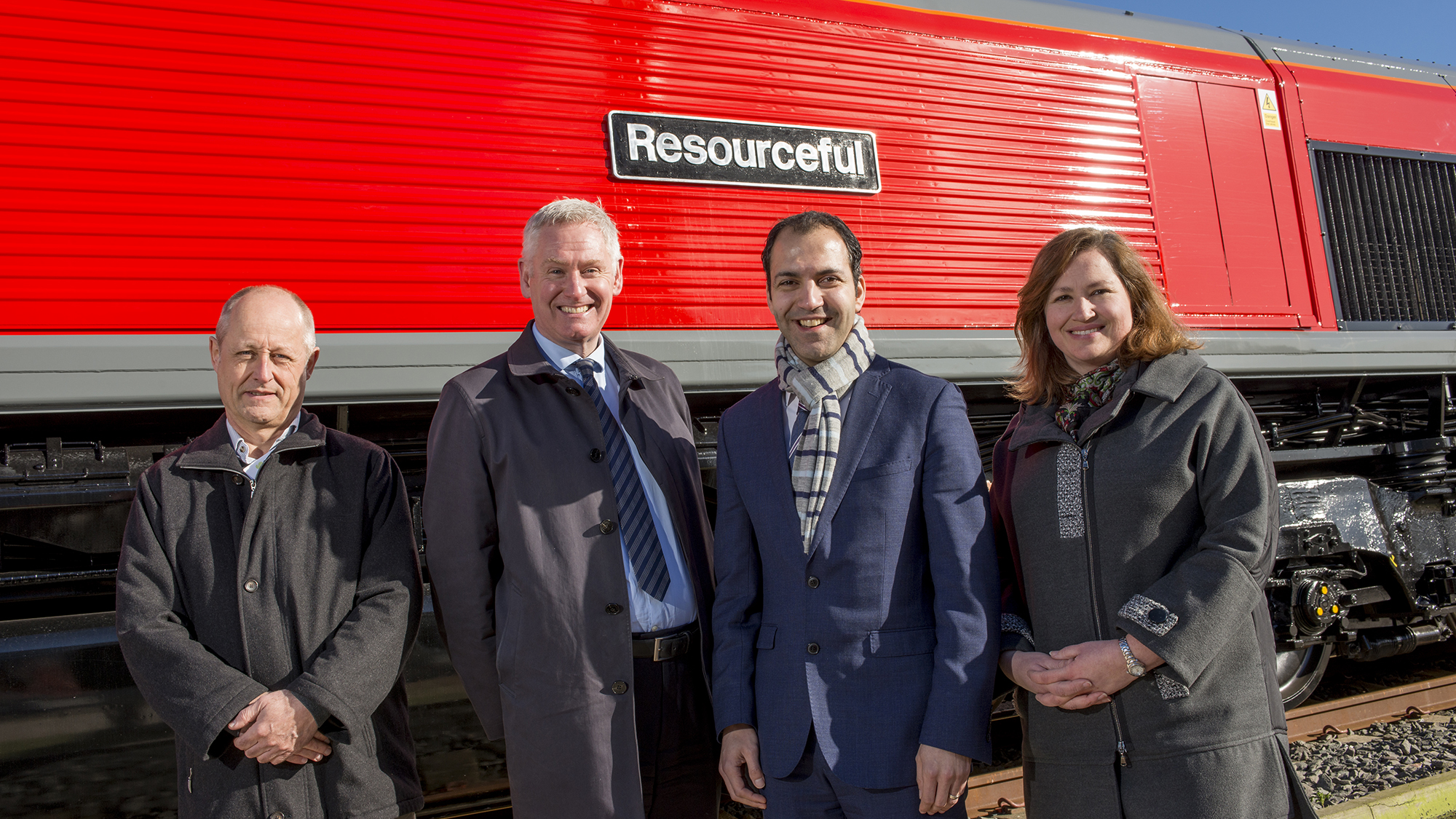