The variety of life on earth in all its forms
What is it and why is it important?

Biodiversity is the variety of all living things on earth – plants, animals, insects, fungi and micro-organisms.

The foundation of life, our water, air and food depend on biodiversity. Resource consumption (overexploitation), climate change, habitat loss, pollution and invasive species are the main causes of biodiversity loss.

Our planet is already experiencing the 6th Mass Extinction and the UK State of Nature Report 2019 outlines the serious decline in UK wildlife due to human activity since 1970, on top of previous losses over decades.

of species declined in abundance

of species are threatened

of the convention on biological diversity targets for 2020 missed

What is the political and legal framework?

For many years, The Wildlife & Countryside Act 1981 has been the main law protecting British wildlife. Many species of flora and fauna are protected. It is an offence to kill, injure or take any wild bird or animal, or disturb habitats or eggs. Picking, uprooting or destroying certain wild plants is also prohibited, as is allowing invasion of non‑native species detrimental to native wildlife.

In 2018, the 25-year Environment Plan set out government actions to improve the environment.

In November 2021, The Environment Act 2021 became law to protect and enhance our environment for future generations. The Act includes a requirement for local Nature Recovery Networks, linking wildlife rich places, and sets a legally binding target on species abundance for 2030. It also introduces a 10% biodiversity net gain requirement on any new development, leaving biodiversity in a better state than before, which some local authorities are already starting to expect.

The recent independent Dasgupta Review of The Economics of Biodiversity has also called for changes in how we think, act and measure economic success to protect and enhance our prosperity in the natural world.

The Government has published its response, agreeing with its conclusion that nature, and the biodiversity that underpins it, ultimately sustains economies, livelihoods and wellbeing and has therefore committed to delivering a nature positive future, leaving the environment in a better state than we found it, and outlined the ways in which it will do so.

What are we doing?

SUEZ’s purpose is to protect the fundamental elements of our environment – water, soil, and air – that ensure our future. We invest in preserving and restoring natural capital and biodiversity, both on land and at sea.

How are we achieving results?

We are protecting, enhancing and creating habitats at our sites – from rewilding areas to bird, bat and owl boxes, hedgehog houses and bug hotels, and from planting native trees and plants to vertical planting.

Examples include our ponds at Teesside, our hessian fence butterfly habitat at Malpass Farm and various beehives installed at our sites, in particular at Teesside where pollen analysis is used to monitor local air quality and biodiversity.

Our landfill restoration has involved restoring more than 2,000 hectares, planting 286,908 trees and 12,762m of hedgerow planting since 2002. Complementary benefits include a habitat for sand martins and reintroducing the native dingy skipper butterfly at Path Head landfill.

We help our customers by: 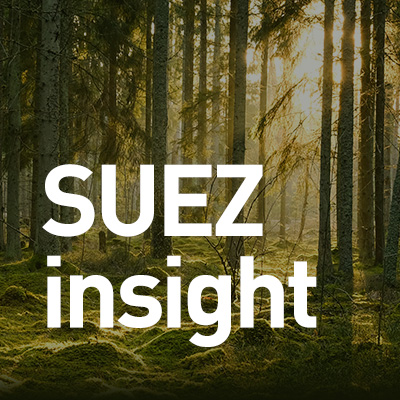